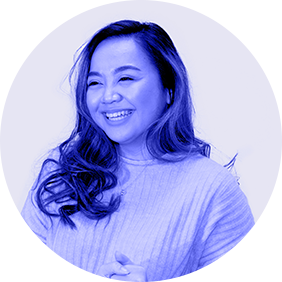 When Denise isn’t in the office she’s probably crafting party invitations, or filming her own music video, or making a diaper cake (yes, that’s a real thing). Denise loves to create stuff which comes in handy at Pepper Group where she’s a wizard at making schedules, mapping out plans and figuring out project scopes. Don’t be surprised if you see her at her computer, deep in thought. She’s probably thinking about putting together a masterful project brief, or maybe a scrapbook.