With the product ready to launch, we worked with Elgin Sweeper to create a strategy, media plan and several marketing tools to introduce this unique new product and create awareness of its key differentiators. Since the sweeper was ultimately developed through user input, testing and continual feedback, “Built by Elgin. Designed by You.” became the primary message.

The tools included a complete print and digital ad campaign, social media efforts, a press release, thought leadership articles and a series of videos highlighting the key features of the new sweeper. We also created a RegenX landing page which brought several of these elements to life and serves as a destination to learn more about the product. 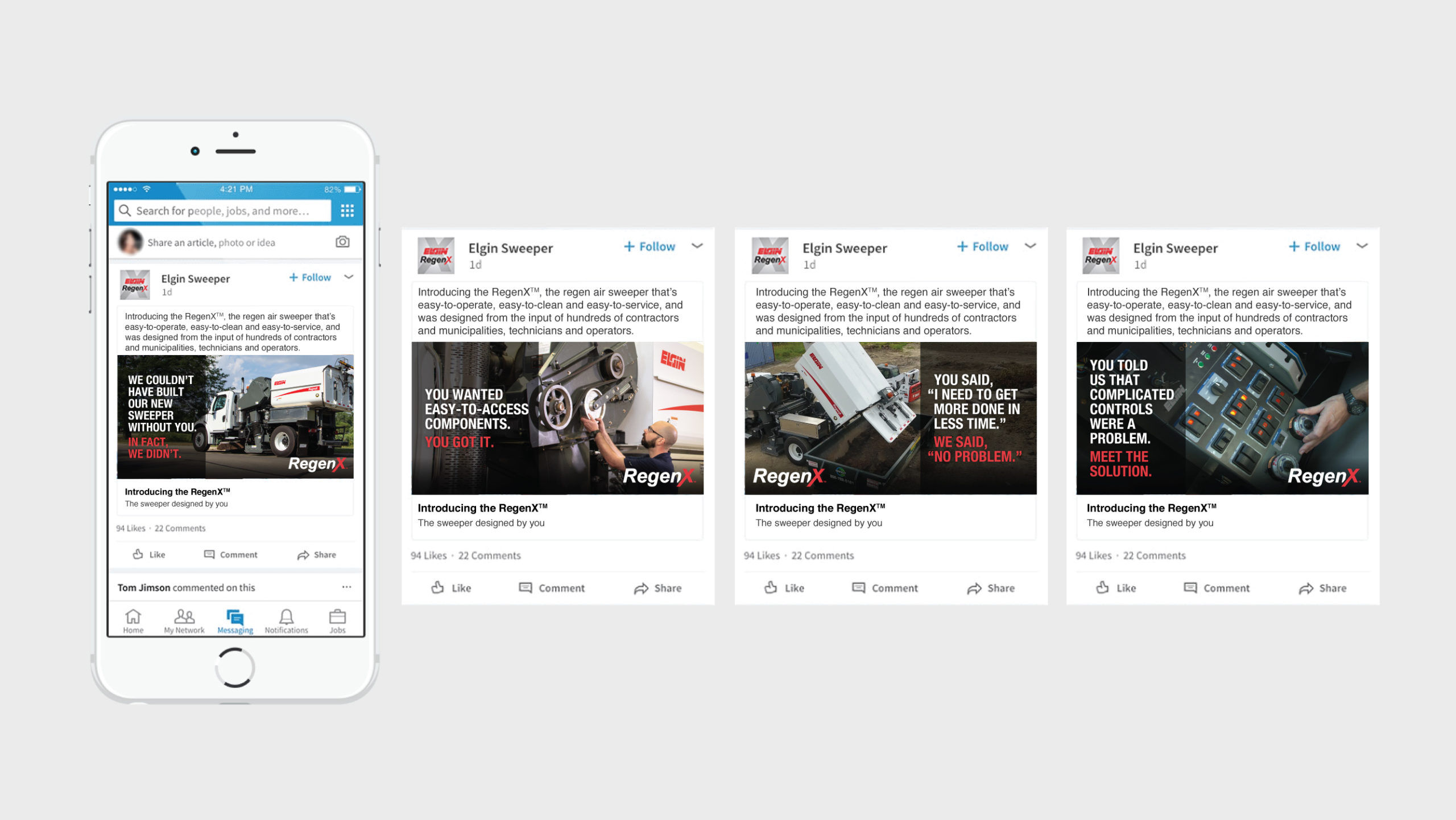 The RegenX was unveiled during the APWA PWX trade show in Seattle. We are continuing to develop several additional marketing materials as the launch effort proceeds and awareness grows. 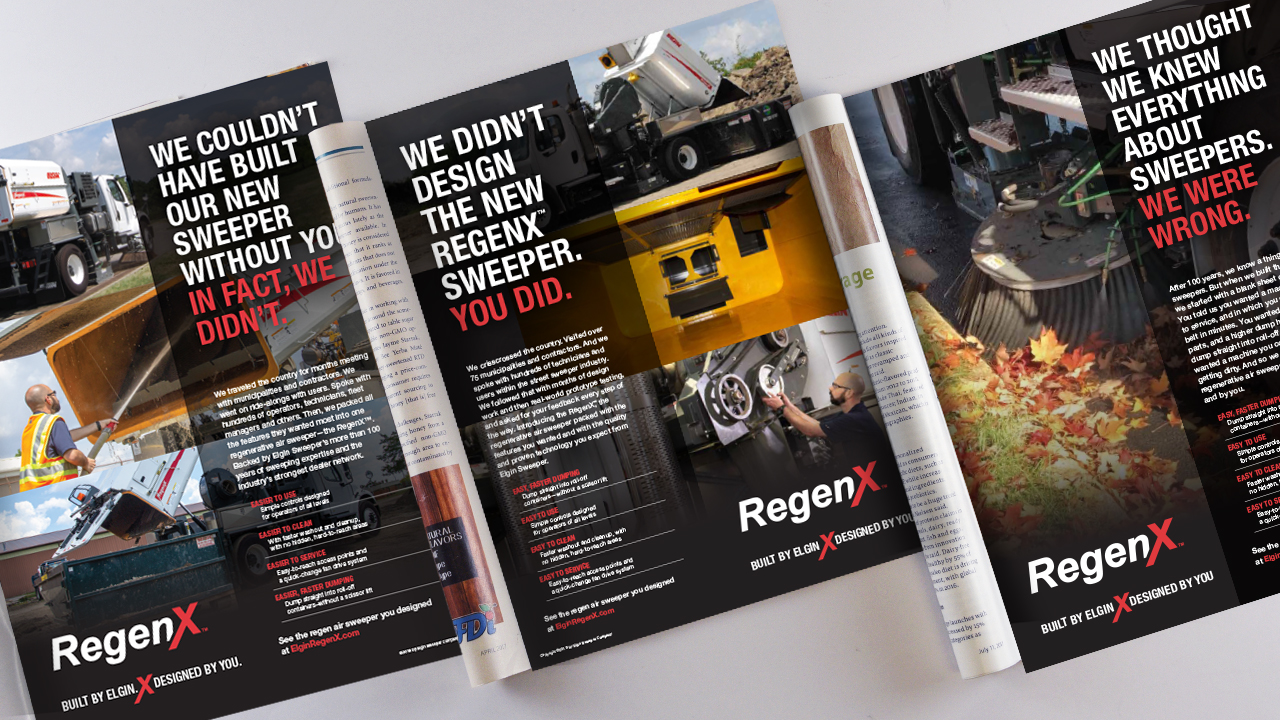