The American Society of Civil Engineers (ASCE) gives U.S. Infrastructure a grade of D+ for being “mostly below standard” and at “strong risk of failure.” Improvements will provide strong benefits, including the creation of well-paying jobs along the industrial metals supply chain.

That’s why, one of the top trade associations advocating for the metals industry, the Metals Service Center Institute (MSCI), knew they had to use their voice to increase awareness around the need for substantial infrastructure investment in North America.

We began by thoroughly researching the state of North American infrastructure. From there, we established the strategy, created a new campaign name and designed an effective graphic identity.

We then developed a powerful narrative of urgency and optimism around infrastructure investment and created a microsite with a powerful infographic and enlightening thought leadership content. We also incorporated a video that the association had produced separately.

We then launched the social media campaign, encouraging MSCI member companies—and their employees, customers, suppliers, friends and family—to share stories using the hashtag #letsbuildnow. These social posts are reviewed by MSCI and, with one click, embedded into the microsite. In this way, the association is able to curate infrastructure stories from coast to coast. 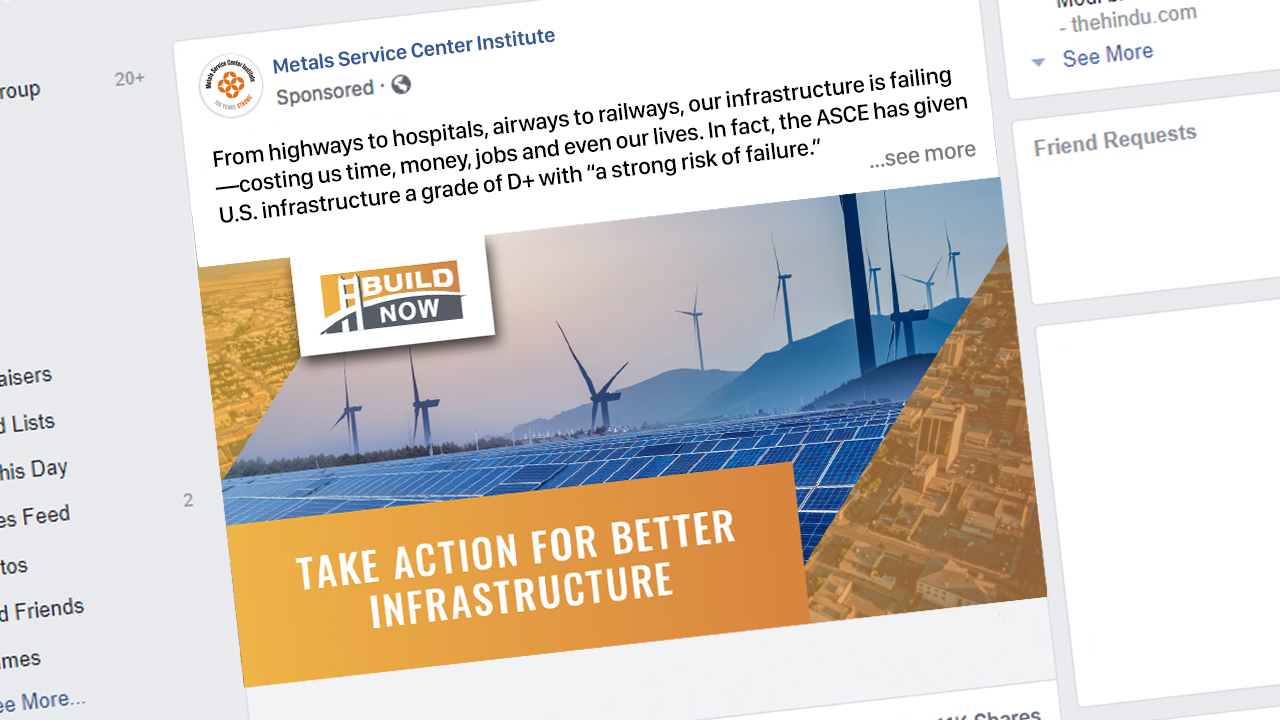 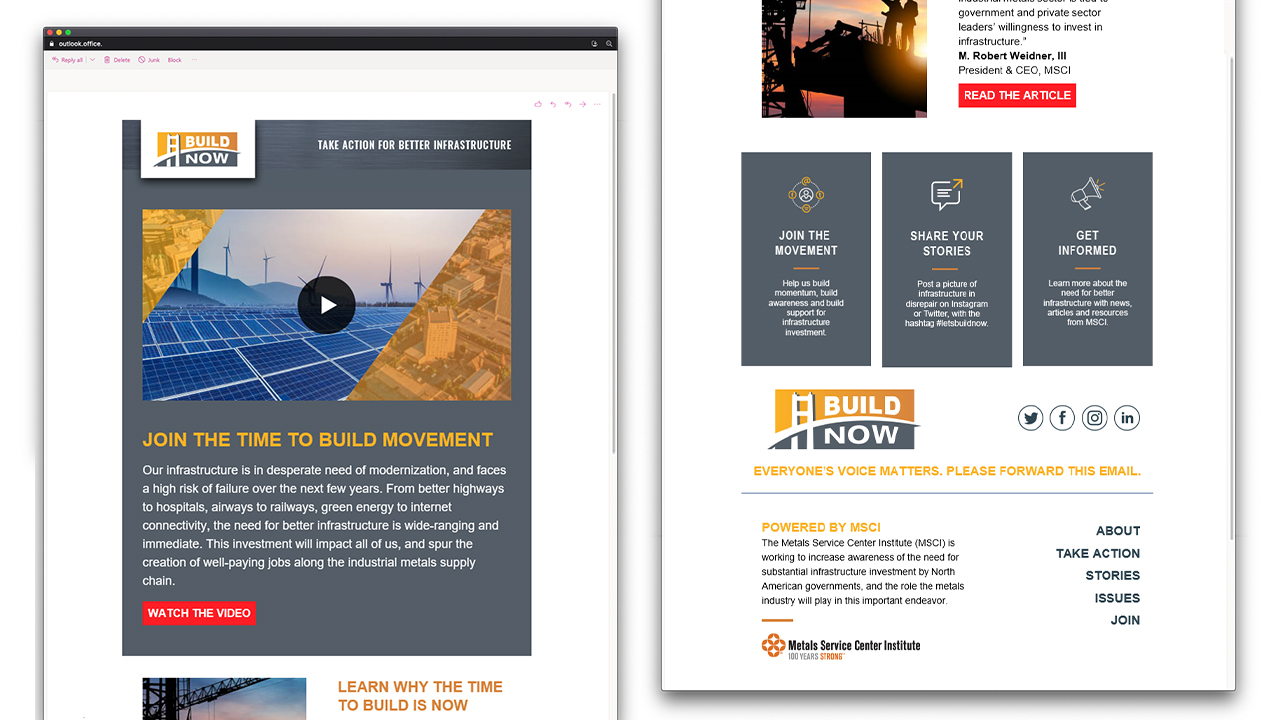 Now that the campaign has launched, and people are joining this movement, we will continue delivering ongoing communications, education, petitions, etc. to continue the social media marketing conversation on why the time to build is now. Join the movement: build-now.org.