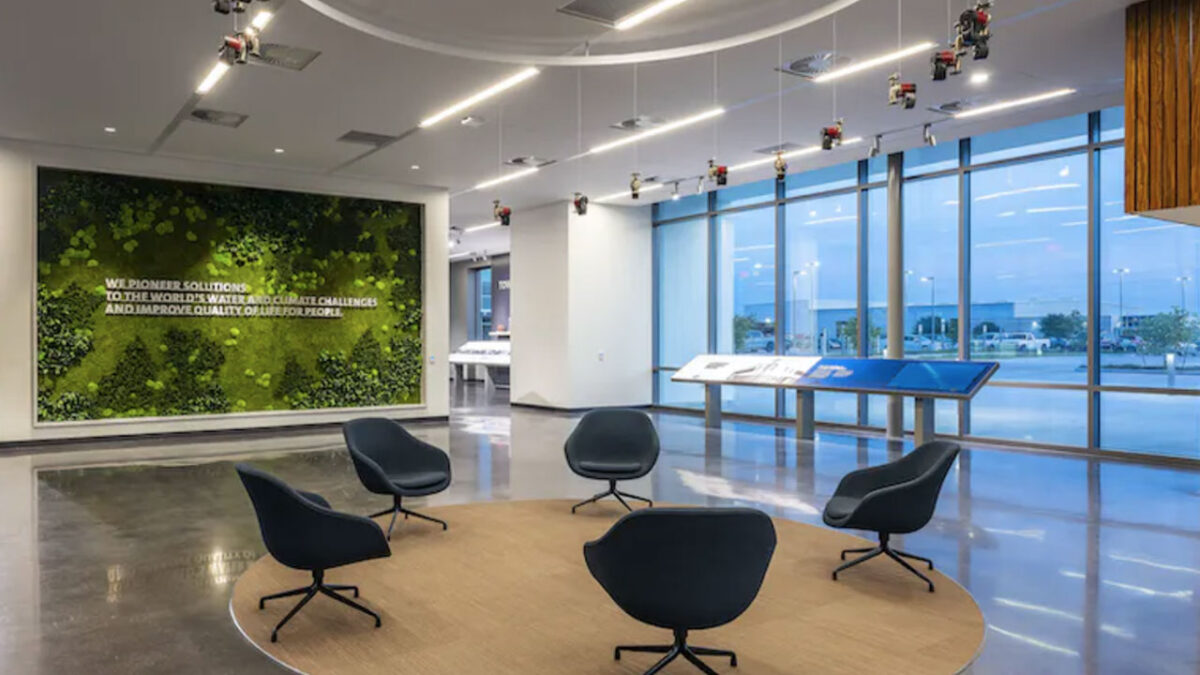 For a lot of people, ceiling design is over their heads. But not the experts at Rockfon.

In July 2021, Grundfos, the largest pump manufacturer in the world, based in Denmark, finished building their LEED platinum office in Brookshire, TX. When developing the plans for the building, it was critical they find a ceiling tile partner that could meet their sustainability and design goals. Along came Rockfon, also a Danish company, who was able to not only meet the sustainability requirements, but also accomplish a sleek, high-aesthetic design.

Rockfon came to us with this challenge. They wanted to showcase this case study in the form of a modern, high-quality video similar to our work together at Premier Gastroenterology Associates (PGA), Premier Medical Plaza in Arkansas. Our team said, “let’s go” and got to work.

Pepper Group and Rockfon began by determining the goals and objectives of the project, planning and strategizing the overall theme and concept, writing scripts, coordinating interviews and eventually booking flights. Our creative direction and production team, alongside Rockfon’s marketing team, flew into Brookshire the day before to scout the facility. Starting at 6am the next day, we caught the sunrise with drone footage, and then headed into a long day of shooting the beautiful Grundfos facility. The goal was to visually capture the lighting, acoustics and aesthetic of the Rockfon Sonar® ceiling panels, as well as highlight the partnership and sustainability aspect of the project.

Pepper Group then cut the beautiful footage into a compelling story and produced a high-impact case study video that Rockfon is proud to show off to customers, prospects and employees.